What is Regression Testing? Definition and Top Tools

What is Regression Testing? Definition and Top Tools

What is Regression Testing?

Regression Testing is typically a type of software testing that is used when confirming that the most-recent program or code-related changes have not affected the existing features in an adverse manner. During regression testing, it is determined that the software or application works fine in regard to the new changes and bug fixes. Regression testing is majorly about re-executing the already executed test cases in order to confirm if the application is working appropriately.

Why do we need to perform regression testing?

There are several reasons why one should perform regression testing. The main aim of regression testing is to ensure that the application works fine when a change is made in the code. We have to test if the modified code affects the other parts of the application or not. If not, great! But if it does, changes must be made accordingly. This results in improved product quality and confirmation that the issues fixed won’t happen again.

Some advantages of performing regression testing include:

What are the side effects of regression testing?

Regression testing helps identify bugs while adding new features or updates to an existing codebase, as well as mitigating app crashes and performance bottlenecks. When performing a Regression test, however, a tester faces several challenges.

Some of the major challenges faced by testers include:

If we want to perform regression testing, we must find the bugs in the code first. When the bugs are identified, appropriate measures are taken to fix them. After that, relevant test cases are selected from the test suite that covers both the modified and the affected parts of the code. The seven different types of regression testing include:

How to perform Regression Testing?

Selecting here means choosing the test instances that need to be re-tested. You won’t test the entire test suite, and the list of selected tests will be influenced by the source code change in each module.

Finally, you split the test cases into two categories: Reusable Test Cases and Obsolete Test Cases. The subsequent testing cycles will not use Obsolete ones, as they are obsolete.

Below are some common characteristics of re-usable test cases:

Next, you must calculate how long it will take to execute the chosen test cases. The creation of test data, QA team regression testing planning, and the evaluation of all test cases are a few factors that affect execution time.

Step 3: Identify the Test Cases that can be Automated

Here, you combine all of the test cases and rank them. For example, high-priority test cases are those that have a far higher probability of failure. You’ll start with the high-priority tests and work your way down to low-priority ones. The priority will be determined by the product’s functionality as well as user engagement.

Below is the waterfall structure of priorities:

Finally, it’s time to execute each test case one by one to see whether the product is performing as expected or not. You may either do manual testing or automated according to the need. Using functional tools like Selenium, QTP, Watir, and others allows you to conduct regression testing more quickly.

When to perform Regression Testing?

Regression testing is necessary after new capabilities or improvements are implemented to a current codebase or application. It ensures that any new functionality or modification to an existing application is successful and free of bugs and faults. Developers and testers frequently have trouble finding all of the code threads, with a high risk of software incompatibility problems. As a result, performing regression tests on their codebase (or application) allows them to discover flaws sooner and deliver apps with smaller risks.

When a deployment takes longer than expected, regression testing is useful. In this instance, the tester should execute Regression tests on a daily basis. It’s also preferable to conduct Regression tests after functional testing for weekly releases.

Regression testing is more important when some features are updated. Regression testing may jeopardize the present functionality of the codebase. Furthermore, correcting one problem may lead to another. In this scenario, you might use a combination of debugging and regression testing to ensure that everything performs properly.

There is a tool for almost everything in today’s market. Some tools that can help you with your regression testing cycle include:

Most people misunderstand the concepts of regression testing and re-testing to be the same. That is actually not true. They are two very different concepts.

You’ve undoubtedly heard the term “agile software development” before. The agile method, as you know, is based on incremental and iterative techniques. Sprints are short iterations that result in the production of new software or products. Many sprints equal many iterations, and a change in source code might be an addition or an upgrade with new functionality at each stage. Regression testing is where this role comes into play.

Agile teams should create a regression test suite from the start of the product development cycle and maintain it throughout. There are two ways for conducting regression testing in agile:

Regression testing is essential when using the agile approach since it requires rapid development iterations. Regression testing must therefore be done on a regular basis, which makes it time-consuming for QA experts. Instead of that, regression testing in an agile style is aided by automation. It allows you to save time and discover frequent flaws.

Regression testing is the process of testing your application after it’s completed to ensure that it’s free from any bugs. However, as your application becomes more complex, the number of test cases required will increase. As a result, you’ll need a cloud-based testing solution that can expand with your testing needs.

Some best practices for regression testers include:

Change is an inevitable part of the world. It is an impossible task to avoid them. But you can ensure that the change does not affect your developed application in an adverse way. Regression testing is a way of doing that. This ensures a better quality of your product and that your product works fine even after making some changes. There are many tools in the market that can help you make your work easy. So, choose wisely, and all the best! 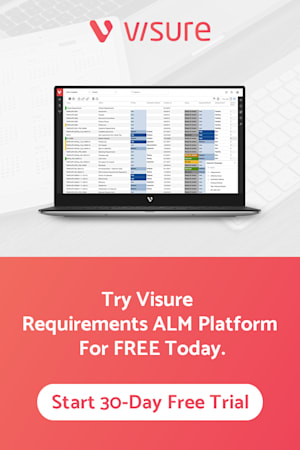